The result of the calculation of the drum strength is to determine the basic wall thickness of the drum as the main goal. For the local structure of the drum, most of the results are determined through experience or analogy to determine that the centrifuge relies on the strong centrifugal force generated by the high-speed rotating drum Mechanical equipment to realize liquid-solid and liquid-liquid separation of various materials.

When the suspension to be separated is fed into the drum by the hollow shaft, it is immediately thrown into the drum cavity under the action of the centrifugal force generated by the high-speed rotation. The high-speed rotating drum generates strong centrifugal force to sling solid particles with higher density than the liquid phase onto the inner wall of the drum to form a solid layer (because of the ring shape, it is called the solid ring layer);

Due to its low density and low centrifugal force, water can only form a liquid layer inside the solid ring layer, which is called the liquid ring layer.

Due to the different rotation speeds of the screw and the drum, there is a relative movement between the two (that is, the difference in rotation speed). The relative movement of the screw and the drum is used to slowly push the sludge in the solid ring layer to the cone end of the drum and pass through the drying zone. After that, it is continuously discharged from the outlets distributed around the circumference of the drum;

The liquid in the liquid ring layer is continuously discharged from the weir orifice to the outside of the drum by gravity to form a separated liquid. 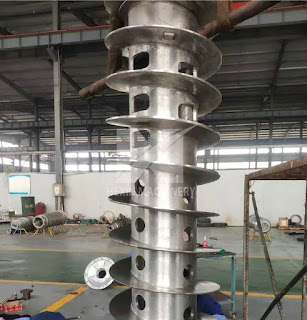 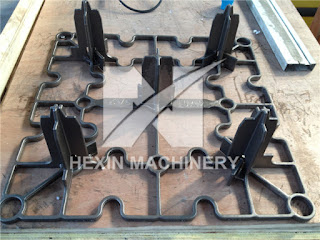